The Brazilian suffered abuse during the match and grew emotional after confronting Rad supporters.

Partizan midfielder Everton Luiz left the field in tears Sunday after suffering racist abuse during his team’s 1-0 victory over Rad in Belgrade, Serbia.

Fans persisted in the abuse despite warnings from the referee and public address announcer, at one point unveiling a banner with a racial message that was removed by stewards.

After the conclusion of the 90 minutes, Everton Luiz showed the Rad supporters the middle finger and pointed to the Partizan badge, sparking a shoving match between players from both teams as the referee tried to restore order.

Eventually, Everton Luiz left the field, wiping away tears as he was hugged by teammates, including goalkeeper Filip Kljajic. 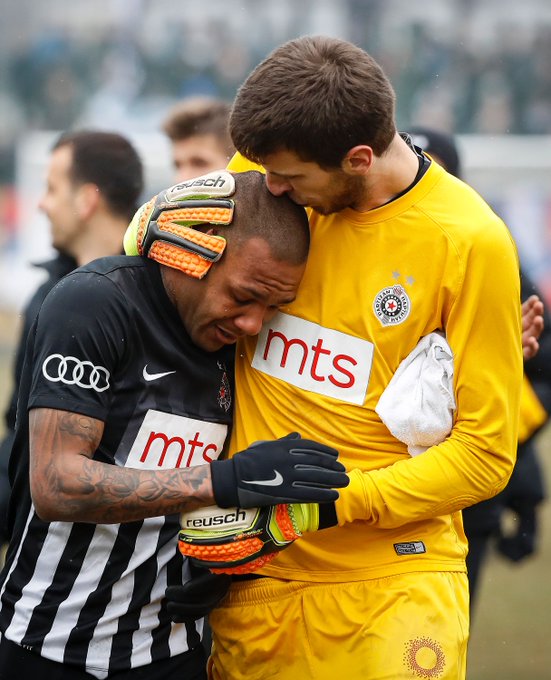 “I’ve been suffering racist abuse during the entire 90 minutes and also was upset by the home players, who supported that. They were all attacking me,” the midfielder told reporters after the match. “I want to forget this as soon as possible. I love Serbia and the people here, that is why I cried. But please say NO to racism!”

Everton Luiz has played in Serbia since joining from the Swiss league in January 2016.

September 28, 2022
We will do everything to beat Super Eagles – Algeria forward, Delort
1 min read

We will do everything to beat Super Eagles – Algeria forward, Delort

September 30, 2022
Gunshots heard near the presidential palace in Burkina Faso.

Gunshots heard near the presidential palace in Burkina Faso.